Call Us On: 01642 763322
bag 0
FREE UK DELIVERY ON ALL ORDERS
Order in time for christmas Special Delivery - Thursday 21st December | before 3pm We will be open during Christmas and New Year
X Items in my bag 0
£0.00
Checkout
Our web site uses cookies so you can place orders and we can provide a better service. Continue to use the site as normal if you're happy with this, or learn more.

From Around The Web 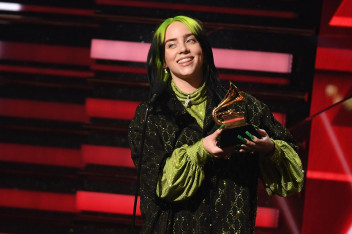 It looked like a showdown between three of the past year's most popular breakout artists, with Billie Eilish, Lil Nas X, and Lizzo facing off in the top Grammy categories, including best new artist. But, it turns out, it was a coronation for Eilish, who won the four top prizes--best new artist plus record, song, and album of the year-- in addition to Grammys in pop categories, too. She made history in 2018 with a series of chart records; the Grammys, it seemed, wanted in on that history. Predicting the Grammy winners for 2020 seemed particularly difficult this year, given the swirling controversy surrounding the Recording Academy--which hands out the awards--and allegations made by former president Deborah Dugan that, among other things, the process of voting for the awards was badly flawed. 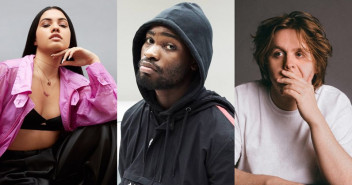 The nominations for the 2020 BRIT Awards have been announced, with Lewis Capaldi and Dave leading the way as the most nominated artists. London rapper Dave and Scottish singer-songwriter Lewis will compete for prizes in the same four categories - Album of the Year, British male, Best New Artist and Song of the Year. While Dave won last year's Merucry Prize for his Number 1 debut album Psychodrama, Lewis scored the year's best-selling album with his chart-topping collection Divinely Uninspired To A Hellish Extent. Lewis also topped the Official Singles Chart with Someone You Loved and scored a string of Top 10 hits including Bruises, Grace and Before You Go. 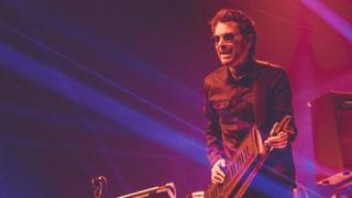 Jarre has been at the forefront of electronic music for five decades French composer Jean-Michel Jarre talks about his latest project - an endless piece of music that will live on after his death. As Jean-Michel Jarre chats to BBC News at Web Summit in Lisbon, his phone emits a deafening blast of punk. "Uh-oh," he says, reaching down to turn it off. "I'm not entirely in control of these machines." It's reassuring to learn a man widely regarded as the godfather of electronic music has IT problems like the rest of us. Yet you get the impression he's more capable than most. Take, for example, his latest project Eon - a specially-programmed iPhone app that produces a dynamic, constantly evolving suite of music. "It's like an infinite album," he says. 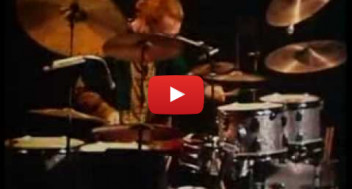 The drummer was known for his hair-trigger temper as much as his music Ginger Baker, one of the most innovative and influential drummers in rock music, has died at the age of 80. A co-founder of Cream, he also played with Blind Faith, Hawkwind and Fela Kuti in a long and varied career. His style combined the lyricism of jazz with the crude power of rock. One critic said watching him was like witnessing "a human combine harvester". But he was also a temperamental and argumentative figure, whose behaviour frequently led to on-stage punch-ups. Image copyright Getty Images Image caption Baker continued to play around the world despite his failing health Nicknamed Ginger for his flaming red hair, the musician was born Peter Edward Baker in Lewisham, south London, shortly before World War Two.

All The Number 1 Albums 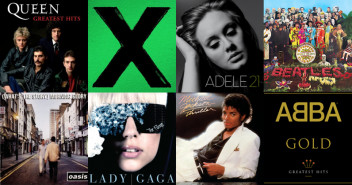 Check out the full list of every Number 1 album in Official Chart history.

Back to school The Top 20 most-streamed school songs 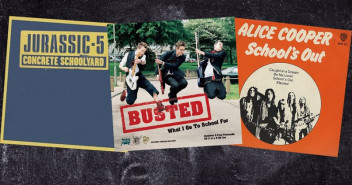 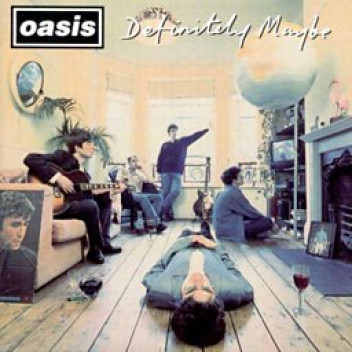 Oasis - Definitely Maybe Lisa Kenlock: 1994... when summers were hot and lasted forever! When Oasis' Definitely Maybe was released, my friends and I put it on and something happened - Rock n' Roll Star starts to play, we smiled at each other. We all knew this was going to be special. You must enable JavaScript to play content What did it mean in 1994? It meant SO much. Finally we had an album that we didn't need to hide behind. It went straight to number one in the UK album charts and was the fastest selling debut album of all time in the UK, 7 times platinum. This album validated our scene, our music, our clothes, our clubs, and our choices. The cassette didn't leave my stereo (or my older friends' cars) for that whole summer. It pairs rousing guitars with light hearted optimism which is exactly what we needed after the onslaught of grunge and its theme of isolation and depression.

Abba's Gold Named As The Longest-running Top 100 Album Ever 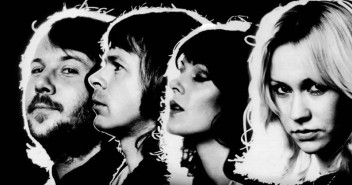 You could be forgiven for thinking that ABBA had no more records left to break, but the Swedish pop legends never stop! Gold, the band's greatest hits collection originally released in 1992, has passed its 900th week on the Official Albums Chart, making it the longest-running Top 100 album of all time. Gold features all nine of ABBA's UK Number 1 hit singles - Waterloo, Mamma Mia, Fernando, Dancing Queen, Knowing Me Knowing You, Take a Chance on Me, The Winner Takes it All, and Super Trouper - and went straight in at Number 1 on the Official Albums Chart when released in 1992. Its enduring appeal means it's had a further seven non-consecutive weeks at the top, most recently a two-week stint in 2008 around the release of the first Mamma Mia! movie. 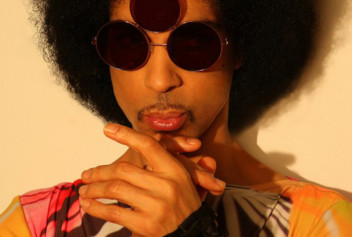 However, a week before the release, Prince declared the album to be 'evil' and ordered all 500,000 copies to be destroyed, turning it into one of the rarest records in the world. While it was released by Warner Brothers on CD and cassette in 1994, and on Tidal in 2016, no vinyl copies were ever created again. A small amount of promo copies survived, which lead to it becoming one of the most bootlegged albums of all time. One of these promo copies sold for $15,000 on Discogs in 2016, breaking its highest sale record at the time. Returning to break Discogs' sale records again, a Canadian copy of The Black Album has just been sold for $27,500. 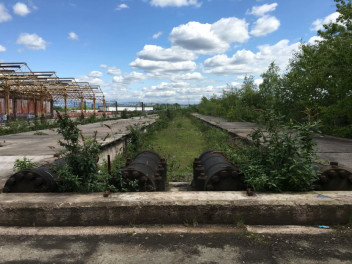 A new multi-purpose arts venue called Depot is opening in Manchester's Mayfield area this summer. The space is a collaboration between Broadwick Live (who run Printworks, The Drumsheds and Magazine London), Vibration Group and The Mayfield Partnership. Depot will feature a large main performance space as well as two smaller areas: Concourse, which will provide free community events and activities, and Archive which will host an intimate performance area as well as low-cost rehearsal and studio facilities.

Members of the ERA